Below is the teaser 3: 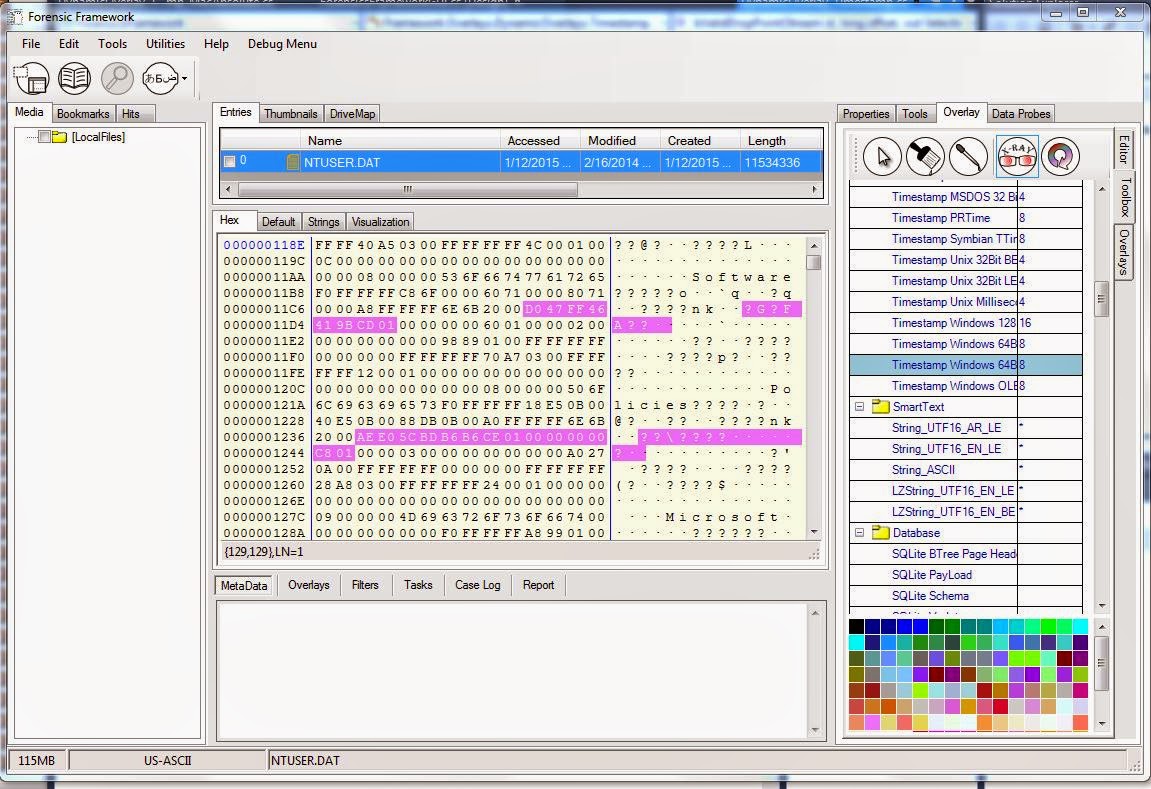 User can enable the XRAY tool and select an overlay type to have the hex control highlight items which match the overlay type. Some overlay types are more discriminating than others, and are therefore more effective to identify data of interest i.e. "Windows 64 LE Timestamp" vs UInt64. 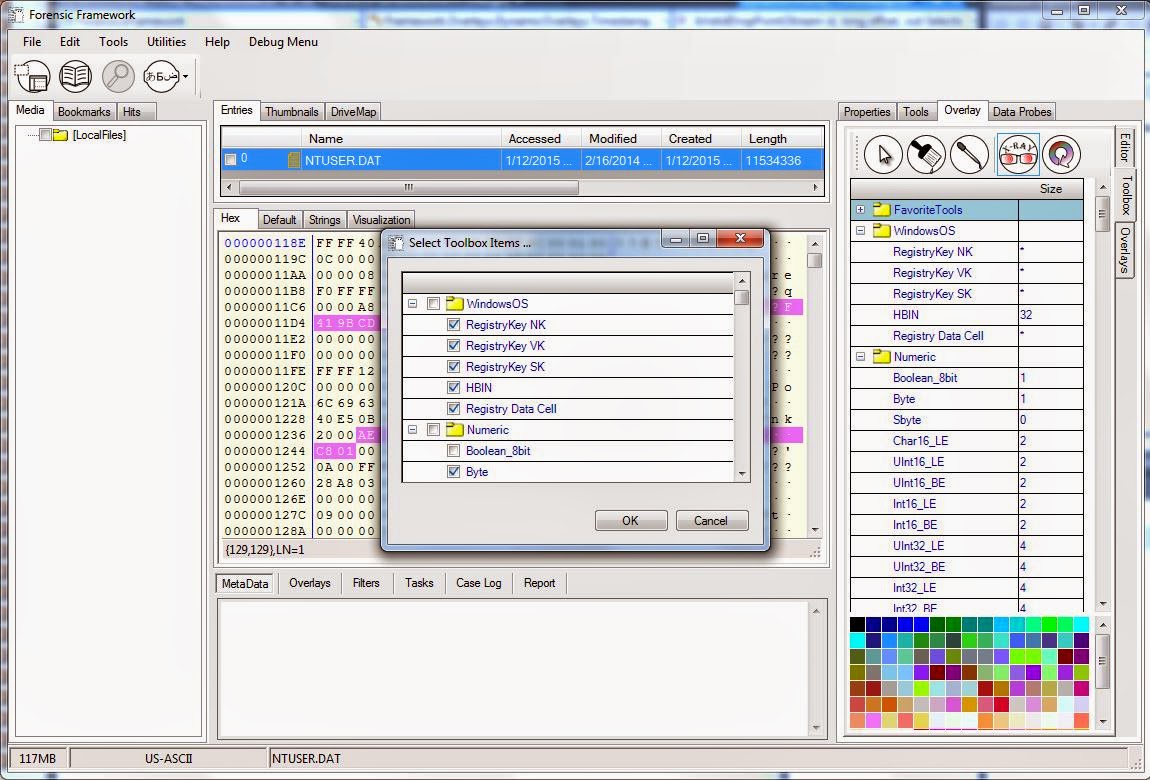 A user can customize a favorites toolbox with only the overlay types that they wish to work with at the time. These custom toolboxes can be saved and loaded later. 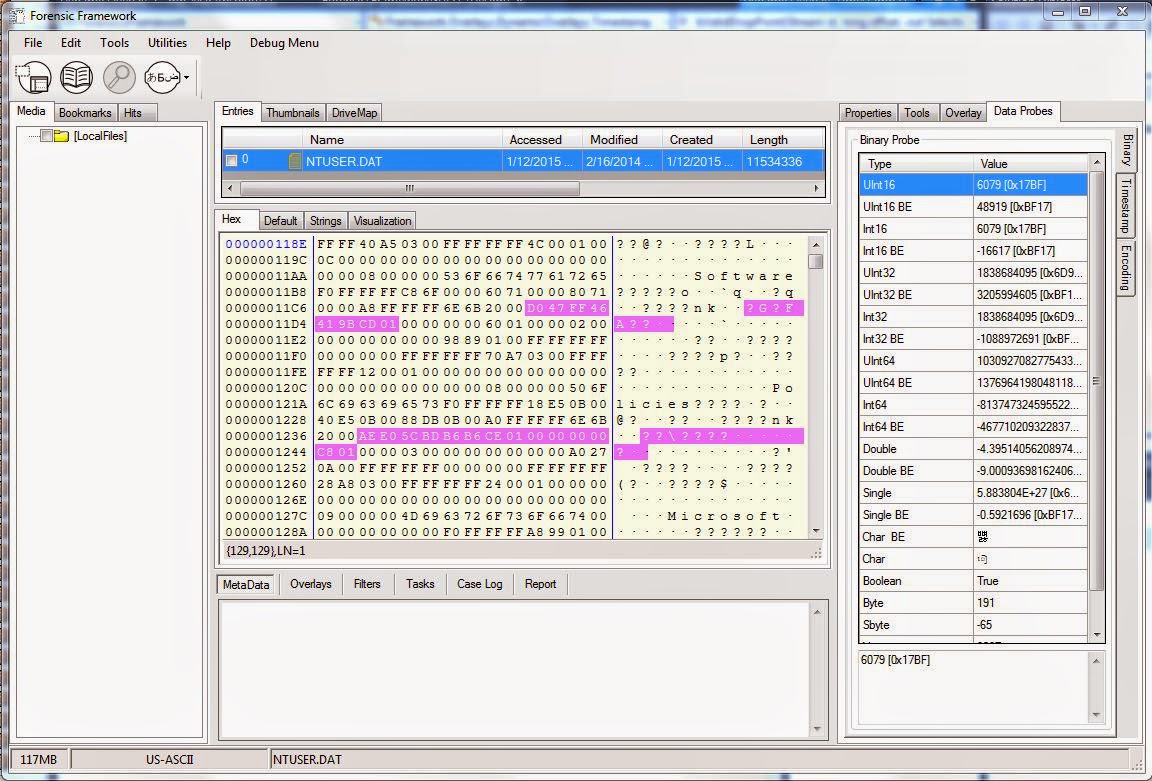 Data probes allow a user to selected an offset within the hex control and have it evaluated against different data types. The data probes are broken into three categories: Binary(Numeric), Timestamp, and Text Encoding.

The display formatting, timezone, and valid date ranges can be modified for the timestamp probe. The data range allows the timestamp probe control to only display decoded data time values which fall within the range of interest. This helps eliminate dates such as  3 AD, January 1rst  ...( I think that is a Monday)...  which probably doesn't have any relevance to your data.

The visualization control has been overhauled to provide more intuitive controls, magnification, and paging/scrolling. 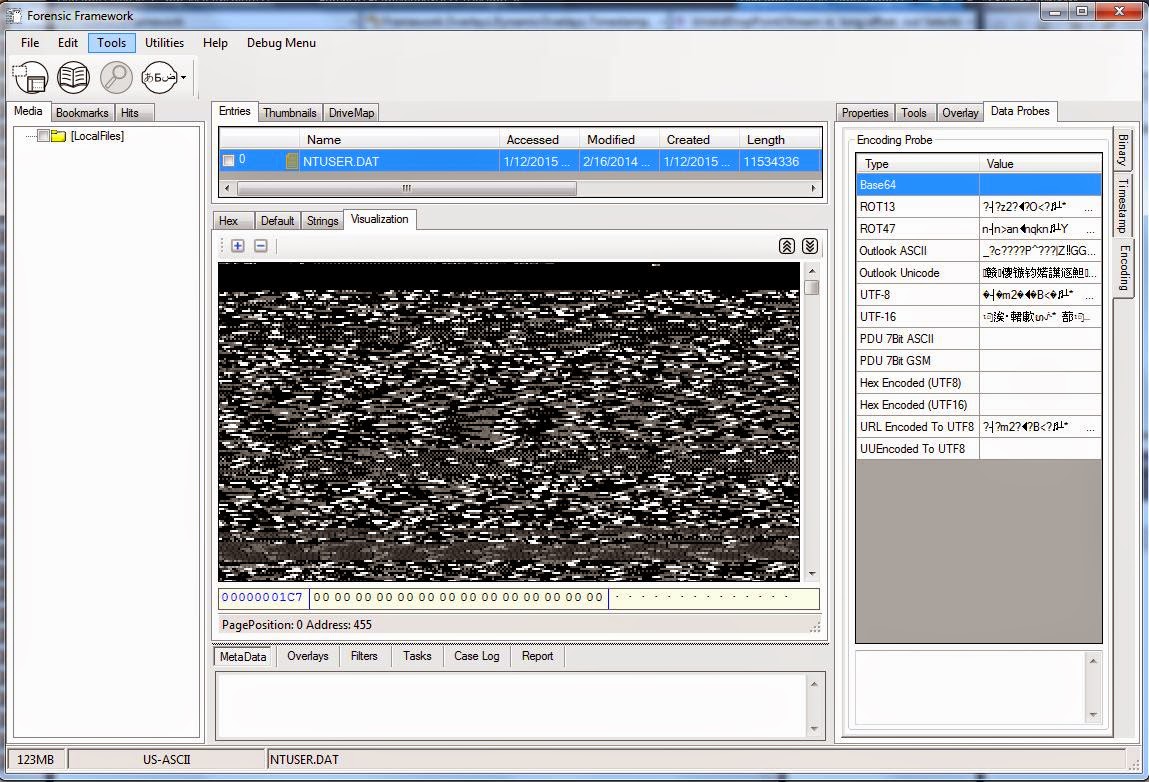 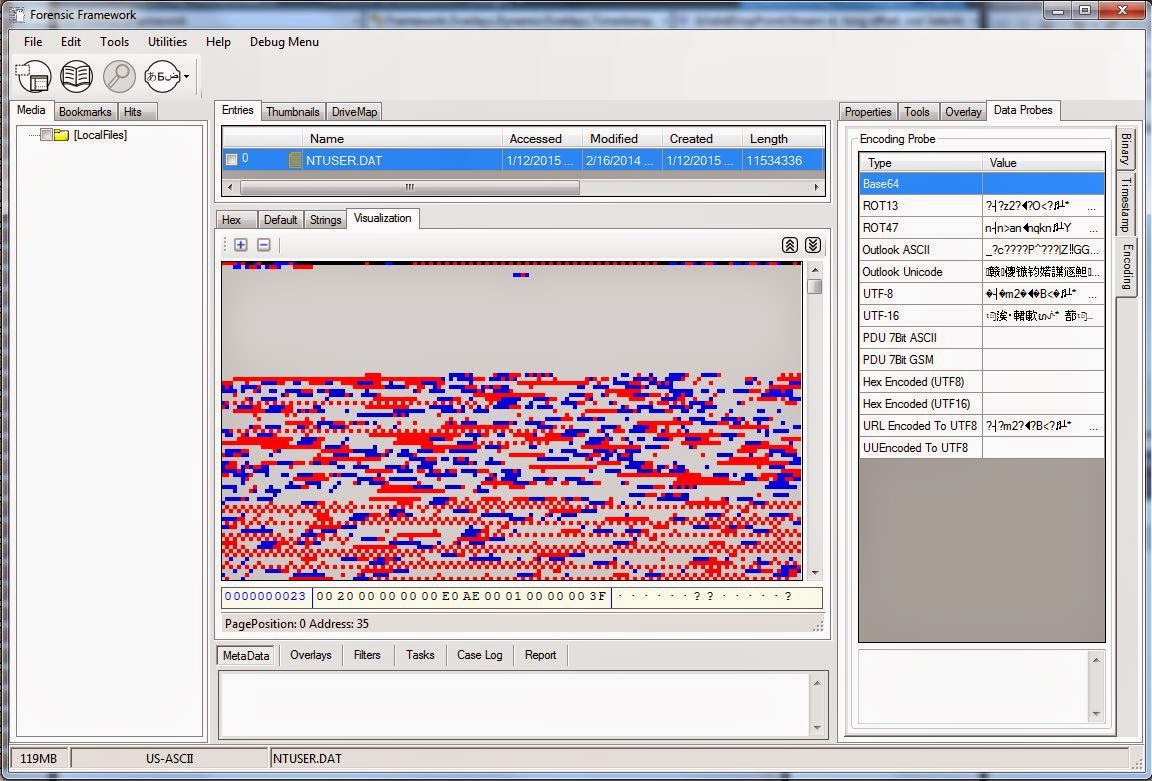 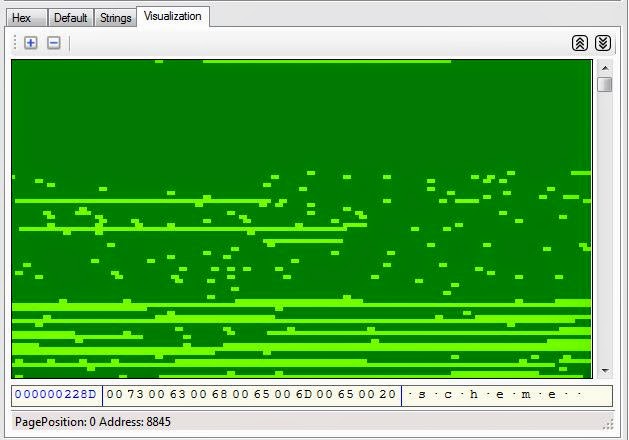